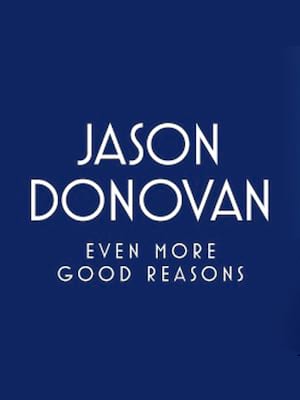 The ever delightful Jason Donovan live

Adopted antipodean national treasure Jason Donovan returns to his first love on the Even More Good Reasons tour, his first concert jaunt in four years! Expect to hear all his hits, including 'Too Many Broken Hearts','Especially For You' alongside some classics from his extensive work in musical theatre.

First capturing our hearts opposite Kylie Minogue on Neighbours back in the 80's Jason has firmly rooted himself in UK popular culture. From his stints in Joseph and The Amazing Technicolor Dreamcoat (most recently as the Pharoh at the London Palladium), his turns on I'm A Celeb, Strictly and more to his sell-out Edinburgh Fringe show, he's truly a welcome and entertaining fixture on our screens and stages. Catch him as he takes to the road in 2020, bringing his talents and cheeky charm to a stage near you!

Sound good to you? Share this page on social media and let your friends know about Jason Donovan at Theatre Royal Brighton.