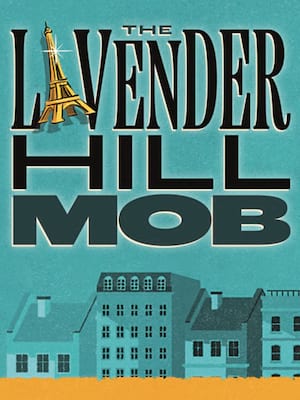 All images, graphics and logos are property of the production

The side-splittingly funny, fast-paced comedy comes to the stage!

Why See The Lavender Hill Mob?

Miles Jupp and Justin Edwards prepare for the heist of the century in this world premiere stage adaptation of the classic Ealing comedy. Adapted by Phil Porter and directed by Jeremy Sams, The Lavender Hill Mob is a delightful screwball comedy that follows bank clerk Henry Holland and his lodger Al as they scramble to pull off an audacious bank robbery and escape into the sunset!

Debuting in 1951, The Lavender Hill Mob is one the famed studio's most beloved films. Acclaimed by the BFI as one of the "greatest British films of all time", it starred Alec Guinness, Stanley Holloway, and Sid James and even featured a small turn from Audrey Hepburn. Don't miss this exciting adaptation when it heads to town this season.

Seen The Lavender Hill Mob? Loved it? Hated it?

Sound good to you? Share this page on social media and let your friends know about The Lavender Hill Mob at Theatre Royal Brighton.